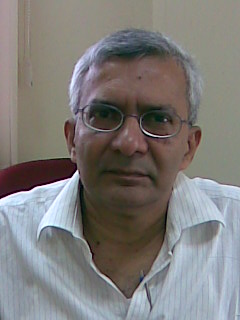 He has developed his own, Indic model for Innovation and Peak Performance, which Dr. Ron Young has--in a personal e-mail--generously termed a "landmark" in the area of Personal Knowledge Management. In fact, Dr. Young has written a detailed entry on it in his own blog at htpp://km-consulting.blogspot.com, in the entry dated 23rd February 2008.

Also, that model has been published by the Asian Productivity Organization, in a volume edited by Dr. Safin Talisayon. An earlier version is on his own website at htpp://drsaranprem.ucoz.com; it is titled, "The Sixth and Ultimate Discipline", in a tongue in cheek allusion to MIT Professor Peter Senge's wellknown book on the Learning Organization, "The Fifth Discipline"! And indeed Saran's Model was acknowledged as an Indic alternative to Senge's, at an international conference on the Learning Organization in Bangkok in 2005.

Further, a video of the model--shot by a national award winning filmmaker--has been hosted on the main server of the Government of India in New Delhi, as a "unique e-HRD model". It is available at www.assam.nic.in, by clicking on “New HRD Model” on the left of the opening webpage.

Again, Dr. Saran's model provides a neat solution to the problem of information overload. For, on the one hand, it is a tool for “Superlearning”, which is why he has made another video on it for the Government of Assam, for school children in that Indian state. And, on the other hand, he uses his model to wield the 80-20 Rule in order to make the time to pursue his interests as a Tantra scholar!
Thus his first book, “Tantra: Hedonism in Indian Culture”, based on his MA Thesis at Penn, went into its fourth reprint in 2006. And his next one, “Yoga, Bhoga and Ardhanariswara: Individuality, Wellbeing and Gender in Tantra”, based on his Ph.D fieldwork at the University of California, was published by Routledge in 2008, and released by Dr. Sudhir Kakar; its Foreword is by Professor Jeffrey Kripal, Chair of Religious Studies at Rice University, who has called it an "iconic" work....